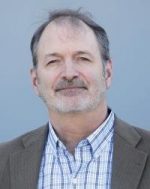 Mr. Radspinner is co-founder, President and Chief Executive Officer of FluGen Inc. With Mr. Radspinner as President & CEO FluGen has raised over $40 million in capital and completed multiple human clinical trials with M2SR.

After completing his MBA at Northwestern University’s Kellogg Graduate School of Management he spent over 15 years in management roles overseeing international pharmaceutical operations, marketing and business development with Eli Lilly and Company. After his time at Lilly he managed the pharmaceuticals portfolio including Vitamin D analogs at the Wisconsin Alumni Research Foundation (WARF) for the University of Wisconsin-Madison. Mr. Radspinner entered the Madison biotech scene when he took on the role of Vice President of Business Development for Deltanoid Pharmaceuticals, Inc. and then started FluGen.  In 2008 Mr. Radspinner was elected to the Board of Directors for BioForward, the Wisconsin state biotechnology organization where he served as President. Mr. Radspinner is a member of the Boards of Directors for Plumb Pharmaceuticals and Co-D Therapeutics.

Get Connected with Paul 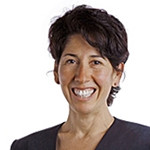 Dr. Bilsel brings nearly 15 years of corporate biotechnology and management experience in vaccine research against infectious diseases. Prior to joining FluGen, she was involved in developing DNA vaccines based on cell mediated immunity against influenza and malaria at Pharmexa-Epimmune where she served as Director of Molecular Biology.

Dr Bilsel received her Ph.D. in Cell and Molecular Biology from the University of Nevada, Reno and did her post-doctoral training at St. Jude Children’s Research Hospital with Dr. Kawaoka.

Get LinkedIn with Pamuk

Ms. Herber draws on more than 20 years of experience in the biotechnology sector with emphasis on development of vaccines and early phase medical devices. Her resume includes time spent at PowderJect Vaccines where she served as Study Director of Preclinical Toxicology for development of a needle-free delivery system for DNA-based vaccines.  Most recently she was Program Director at Platypus Technologies where her efforts led to commercialization of 11 new products for the life science market. Ms. Herber received her BS in Chemistry from Clarke College (now called Clarke University).

Get LinkedIn with Renee

Dr. Eiden, M.D, Ph.D. is a consultant in vaccine clinical development. Dr. Eiden has over 25 years of pharmaceutical and biotechnology industry experience in research and development of vaccines directed at prevention of bacterial and viral diseases, including design, conduct and oversight of studies at all phases of clinical development. Prior to joining industry, Dr. Eiden earned his undergraduate, graduate and professional degrees at Duke University and completed his pediatric residency and infectious diseases fellowship at Johns Hopkins Hospital, where he was subsequently an Associate Professor in the Department of Pediatrics. His work has contributed to successful licensure of several vaccines that are currently marketed in the USA and other locations.

Get LinkedIn with Joe 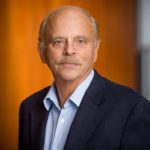 Mr. Skibo has over 40 years of experience in the pharmaceutical industry, with a career focused upon manufacturing operations, quality, process development and capital project development.  Most of that career was devoted to biologics operations, starting in 1982 at Genentech, where he was involved in the initial development and scale up of the first large scale, mamallian cell culture processes still in use today. He spent subsequent years at Amgen, his own business, and several large international engineering firms including Foster Wheeler, where he served as President of their Life Sciences Divison. Prior to retiring in April, 2019, Mr. Skibo served for eleven years as MedImmune’s EVP of Operations and Astra Zeneca’s Head of Global Biologics Operations. The latter role included responsibilities for AZ’s biologics and vaccine franchises, including LAIV FluMist/FluEnz. He has served as Chairman of the International Society of Pharmaceutical Engineers, and Chairman of the Global Pharmaceutical Manufacturers Leadership Forum.  He has an SB degree in Chemistry, and an MS degree in Chemica Engineering, both from MIT.

Get LinkedIn with Andy 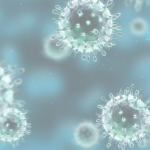 Mr. Ortlieb brings 30+ years of experience in leading pharmaceutical commercialization as well as new target identification and commercial development planning.  He has worked with a range of small molecules, biologics, and vaccines across many therapeutic areas.  Mr. Ortlieb received his MBA from Northwestern University’s Kellogg Graduate School of Management and degrees in Biology and Chemistry from Indiana University.

Get LinkedIn with David